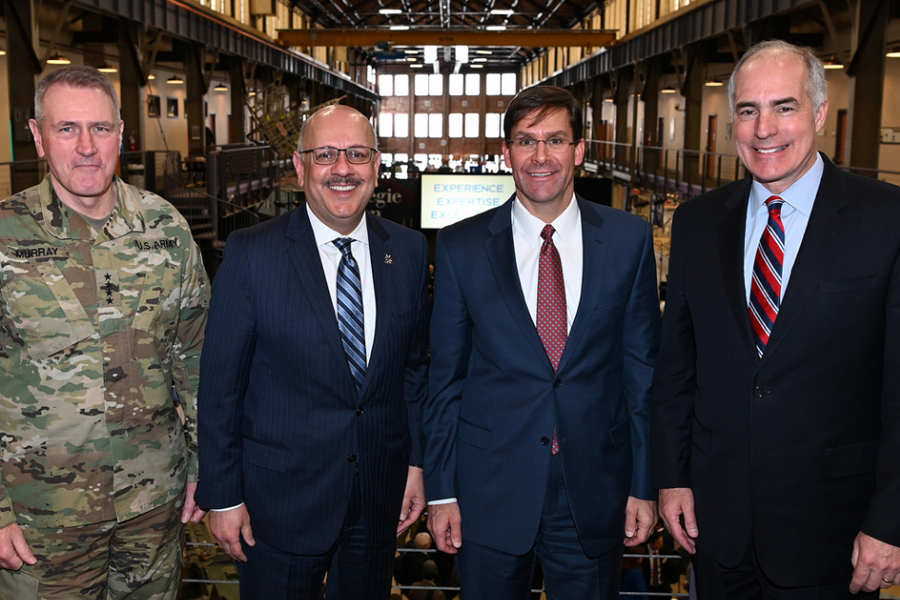 The United States Army is activating its Artificial Intelligence (AI) Task Force at the birthplace of AI itself: Carnegie Mellon University. The activation, which will take place on February 1 at Carnegie Mellon's National Robotics Engineering Center (NREC), augments the Army's long-standing commitment to modernization and future technology, while also strengthening its ties to fundamental research in academia.

CMU is serving as the hub of the AI Task Force, which will eventually include other leading universities from across the country as well as engagement with the private sector. The Task Force will also leverage close coordination and extensive collaboration with the Army Research Lab and the Department of Defense's newly established Joint Artificial Intelligence Center.

"The launch of this national network based at CMU represents an important effort for the United States Army and our nation," said Carnegie Mellon President Farnam Jahanian. "CMU looks forward to working closely with our partners to ensure this robust network of AI collaborators flourishes and benefits from the long-standing strengths in AI at Carnegie Mellon and the Pittsburgh region."

The AI Task Force will allow the Army to better connect with the broader AI community, which includes top-tier research universities and American companies. The technology they develop together will modernize processes used to equip and protect soldiers, enhance readiness and increase the Army's capabilities.

"The activation of the Army's Artificial Intelligence Task Force is a critical step in modernizing the force to ensure future success," said Secretary of the Army Mark Esper. "Carnegie Mellon and the Pittsburgh area embody the spirit of hard work and innovation essential to shaping the Army of the future."

The Task Force will be overseen by the newly-established Army's Futures Command (AFC). The AFC marks the most significant Army reorganization effort since 1973, when Forces Command and Training & Doctrine Command were established. The Task Force's initial priorities are for applications of artificial intelligence to equipment maintenance/logistics; situational awareness; and humanitarian assistance and disaster relief.

"The Army's AI Task Force is a good example of our commitment to capitalize on the spirit of American ingenuity found on today's colleges and universities, including Carnegie Mellon," said AFC Commander General John Murray. "Army Futures Command will posture the Army for the future by setting strategic direction, integrating the Army's future force modernization enterprise, aligning resources to priorities and maintaining accountability."