NREC’s Dragon Runner is an ultra-rugged, portable, lightweight reconnaissance robot used by the U.S. Marine Corps in Operation Iraqi Freedom (OIF) for urban reconnaissance and sentry missions. It has been licensed to QinetiQ North America and is now used by other services in the U.S. and other allied countries.

Reconnaissance and sentry missions in urban environments are risky military operations. Small groups of warfighters use stealth and rapid maneuvering to locate and gather information on the enemy. A remote-controlled robot system, capable of scouting ahead and out of small arms range, would provide extended and safer reconnaissance capability without exposing warfighters to potentially lethal situations.

Dragon Runner provides a small-profile, stealthy, lightweight solution to allow warfighters to rapidly gather intelligence and perform sentry-monitoring operations. The four-wheeled device is small and light enough to be carried in a soldier's backpack and rugged enough to be tossed over fences and up or down stairwells. Its low weight and compact size produce little to no impact on the warfighter’s pace, fighting ability and load-carrying needs (food, water, ammo). These attributes are the key differentiators to other robot systems which are heavier, bulkier, slower, and take longer to deploy.

Novel Design
Dragon Runner was developed as a low-cost rugged alternative to overly heavy, bulky, slow and costly robotic scouts already on the market. Dragon Runner pushed the technical state-of-the-art in the areas of drivetrain, vetronics, miniaturization and integration, as well as portability-integration (backpack), small desert-usable displays, and interface and production-ready injection-moldable materials and parts for low-cost assembly.

Easy to Transport and Operate
The prototype Dragon Runner mobile ground sensor system consists of a vehicle, a small operator control system (OCS), and a simple ambidextrous handheld controller for one-handed operation, all held in a custom backpack. The system is easy to operate, requires little formal operator training, and can be deployed from the pack in less than three seconds.

This program was funded by the U.S. Marines Corps. 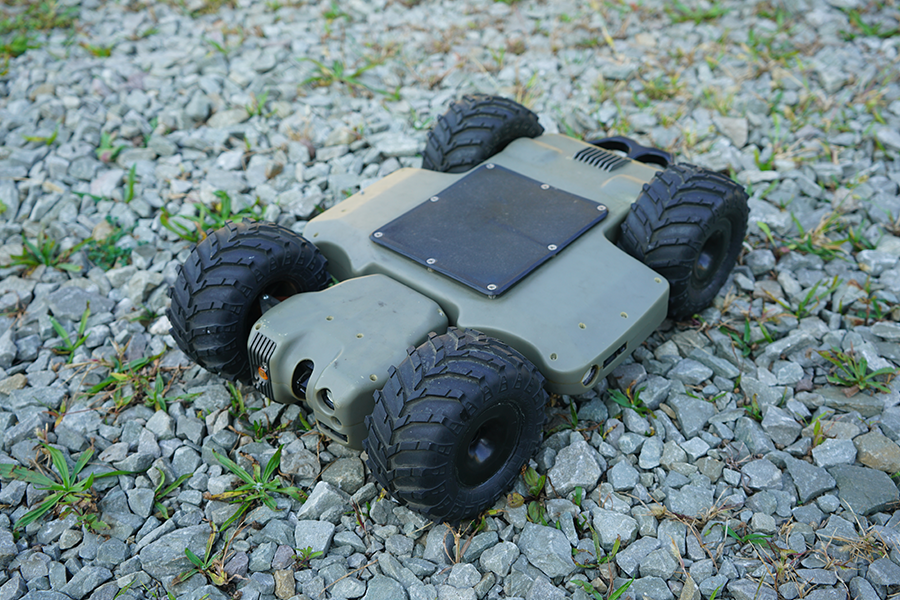 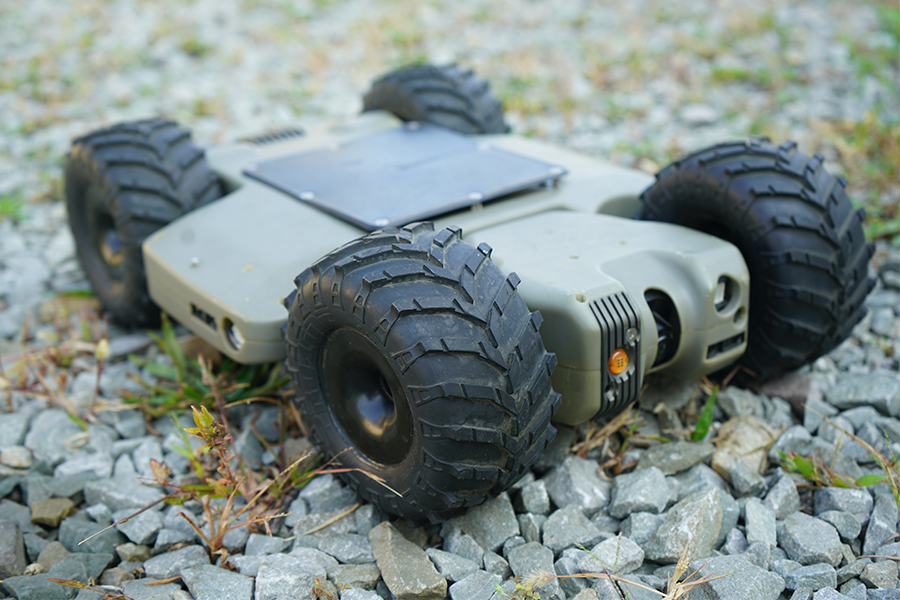