NREC developed the Hybrid Safety System (HSS) to enable humans and industrial robots to safely work together. HSS prevents moving robots from colliding with people or objects that move into their work cell. The system locates humans and objects that enter each robot’s work area and surrounds them with safety zones. The system also tracked the movements of robots and surrounds them with warning and danger zones.

For safety, industrial robots are designed to operate in separate areas from human workers. Their large mass, sudden movements and high speeds endanger anyone within their range of motion.  Physical barriers like walls and fences keep people away from working robots.  Sensor barriers like light curtains and cameras immediately stop robots if a person enters a robotic work cell. These safety features prevent workplace accidents, but they also prevent humans and industrial robots from working closely together.

The objective of HSS is to allow humans to safely collaborate with robots and take advantage of the collaborative work. Industrial robots can lift heavy object repetitively and accurately, while humans can perform difficult and dexterous tasks easily (e.g. running and connecting harnesses).

The Hybrid Safety System (HSS) dynamically prevents collisions between robots, humans, and foreign objects. HSS detects people and objects that are not part of robotic work cells and it slows and stops robots before collisions can occur. This system allows humans and robots to work in close proximity as a team. Such collaboration can reduce equipment costs, conserve floor space, reduce setup time, prevent workplace injuries from lifting heavy objects and lower infrastructure and fixture costs.

HSS combines input from flash lidar and stereo cameras to generate a model of a robot’s surroundings (i.e., its work cell).  HSS uses this model to identify objects that are not part of a robot or its surroundings.  It also tracks a robot’s movements using position information from its controller.  Using a zone-based system, HSS stops the robot before a collision can occur. The safety, danger and warning zones establish buffer zones around a robot and anyone who enters its work cell. 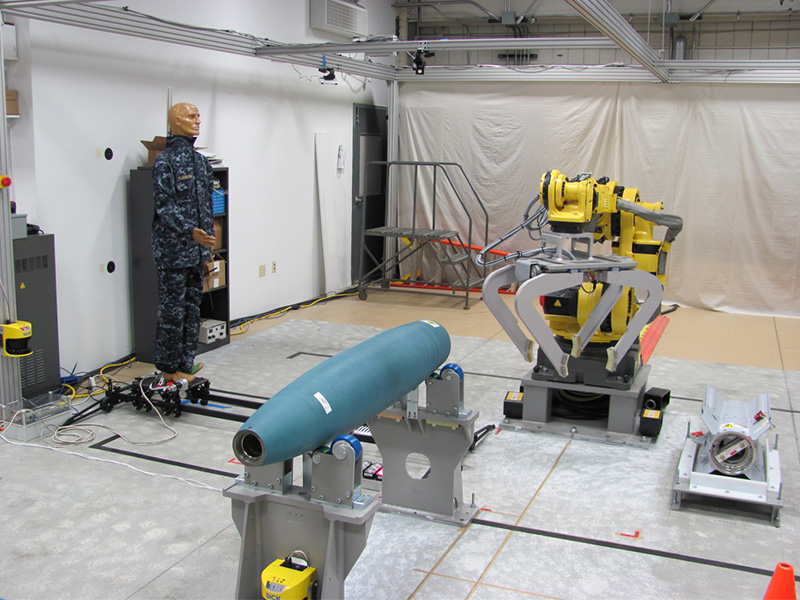 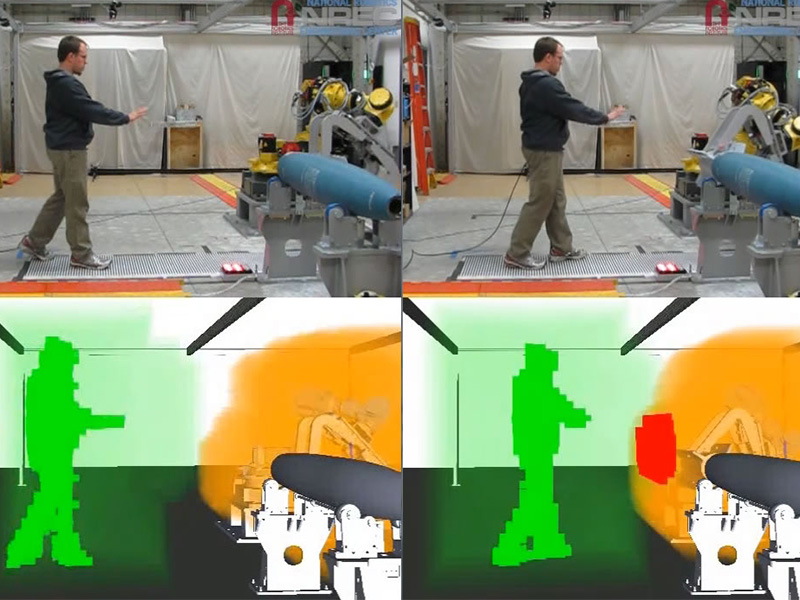 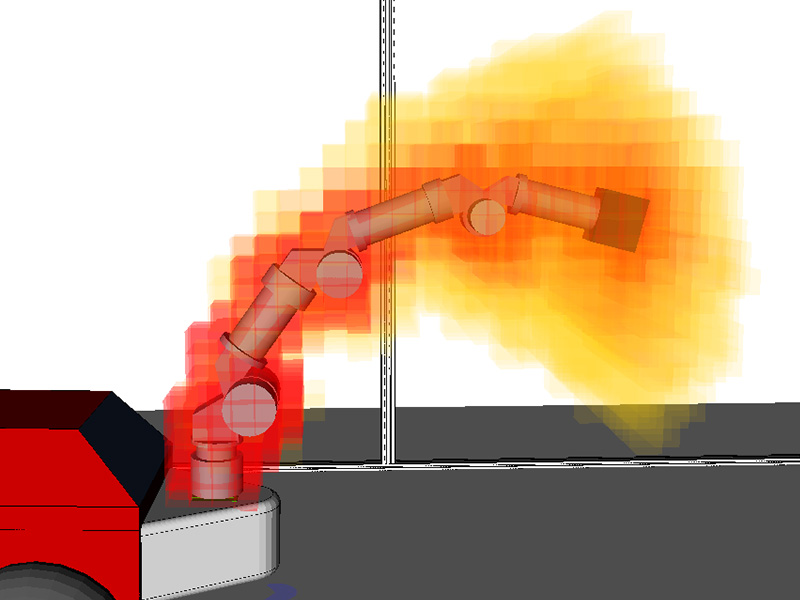